ABORIGINAL AMERICAN INDIANS WERE SHIPPED AND FORCED INTO SLAVERY TO THE CARRIBEAN ISLANDS ,THEN SHIPPED BACK AS AFRICANS. 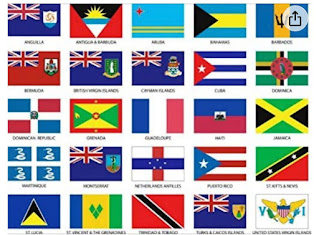 IF YOU ARE FROM THE CARIBBEAN YOU ARE AMERICAN INDIAN . MANY INDIANS FROM THE U.S.MAINLAND WERE TAKEN TO THE ISLANDS WHEN ENSLAVING AMERICAN INDIANS BECAME ILLEGAL . AFTER IT BECAME ILLEGAL MANY WERE SHIPPED BACK TO THE MAINLAND REBRANDED AS AFRICANS TO KEEP IT LEGAL.THIS IS WHY YOU BELIEVE THAT YOU ARE AFRICAN. RESEARCH THE NATIVE AMERICAN SLAVE TRADE .YOU ARE FROM ONE OF THE MANY AMERICAN INDIAN TRIBES THAT WERE ENSLAVED. COOSA, ASHEPOO, COMBAHEE,YAMASSEE,PEQUOT, MIAMI, STONO, OCUTE, CHOCTAW, CHICAPOO, CHAHTAH, ARAWAK ,ESCAMACU, TAINO,WANDO, WIMBEE, KIAWAH, EDISTO, CUSABU, YUCHI, MAYA ,LUMBEE ,ETC. ALL ABORIGINAL TRIBES.DONT BELIEVE ME LOOK IT UP ! WHY ELSE WOULD THEY STILL CALL YOU A WEST INDIAN? -------> INDIAN SLAVE RAIDS https://en.wikipedia.org/wiki/Ocute The chiefdom remained a significant regional power into the 17th century, although Altamaha eclipsed Ocute as the primary center, leading the Spanish to refer to the paramountcy as La Tama. In the 1660s the chiefdom fragmented due to slave raids by the English-allied Westo people, though several of its towns relocated to Spanish Florida and formed part of the Yamasee confederacy.
INDIANS SLAVE TRADE MADE ILLEGAL
https://americanindian.si.edu/.../the-other-slavery... ---->(FROM PDF) Ironically, beginning in Columbian times the Spanish Crown prohibited Indigenous slavery except in afew circumstances. In 1542, it banned the practice entirely, “…so from here on, no Indian can be made into a slave under any circumstance including wars, rebellions, or when ransomed from other Indians.” Unlike African slavery, which remained legal and sanctioned by empires around the world for centuries, the enslavement of Native Americans was against the law
https://www.futurity.org/native-americans-slavery-1361262-2/?fbclid=IwAR3IZp4vgu-pimN0-Q-rDFDqR6FspSh-YNZaCTm7Sv36GWTkv_g_vv8hz_E
Posted by Chief Tamuhawk at Saturday, December 17, 2022