THE UNEXPECTED FACES IN ANCIENT AMERICA 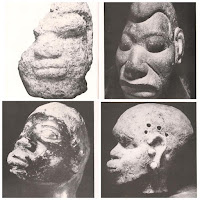 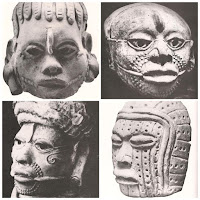 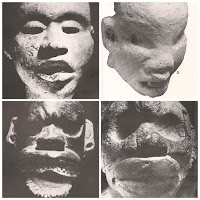 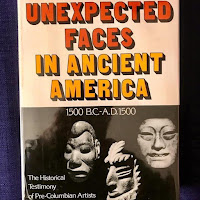 The so called black history writers of ancient times, including Herodotus, used the term “Ethiopian”, for the so called black people of the America’s and of Africa…
They clarified, “Ethiopians of the West, where the sun sets” and “Ethiopians of the East, where the sun rises”
“On the whole there are many reasons which lead us to the conclusion that the primitive stock of men were probably Negroes, and I know of no argument to be set on the other side."
SOURCE;
- Prichard, J. C. 1851. Researches into the Physical History of Mankind. London: Houlston and Stoneman, and J. and A. Arch. vol. 5, p. 238-39
“The most ancient traditions induce us to believe that the Negroes were the first inhabitants of Mexico”
SOURCE;
(El Colegio de Mexico “Historia general de México”; 1919)
“It is indisputable that in very ancient times...the Negro race occupied our territory (Mexico)...This race brought its own religious cults and ideals"
SOURCE:
(Mexico a traves de los siglos, Vol. I, pp. 63-67. Mexico, 1887.)
"It is likely then, we repeat, that long ago the 'youthful' America was also a Negro continent"
SOURCE;
(Estudios Arquelogicos y Etnograficos. Vol. I, pp. 270-73 Madrid, 1920.)
“The oldest inhabitants of Mexico, according to some were Negroes. The existence of Negroes and of giants is commonly believed by nearly all the races of our soil and in their various languages they had words to designate them”
SOURCE;
(“Historia-General de Mexico”; 1919)
Posted by Chief Tamuhawk at Friday, August 12, 2022