What does the symbols on your Seal mean ? 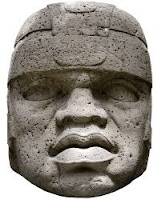 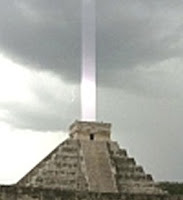 Our symbol is simple, it represents the original Aboriginal Man & Woman. The Olmec Head represents the mind, the Temple is the Body and the Sacred Black Jaguar B’alam is the Spirit of authority ,prestige and power. All three guided by the Divine light above .Our connection as Yamassee (aka Creek) according to Archaeologists is that Tribes of the Maya with the Olmec traveled around the Gulf of Mexico to the Southeastern part of  North America and built Temples in the North Georgia Mountains and Pyramid Mounds all over the south and eastern portion of North America that gave birth to us the so-called Black Indians a.k.a. Aboriginal Indigenous Americans,who are the descendants of  the Mayans,the Olmecs and the Ancient Mound Builders.
MAYANS IN GEORGIA
http://www.mayainamerica.com/2011/12/more-evidence-of-maya-presence-in.html?m=1&fbclid=IwAR2gjD1PQOk2YzQYk5xSHZWAYACT-0Mns9Kh1gqZKF_kYizeyxQq4Vy19UQ
https://www.pyramidsinamerica.com/Pyramids_in_America_Home/More_Pyramids.html
CLICK VIDEO----https://www.youtube.com/watch?v=QdPomJLnX44
https://youtu.be/K8p8awlJkMQ 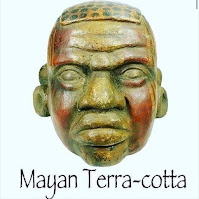 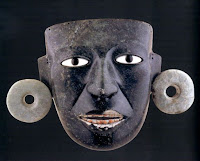